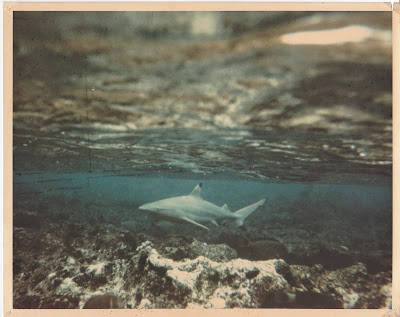 In TDE, Morrow briefs Sandra on the dangers of sharks in the atoll and refers to Rhett McNair. In real-life, I had the honor of assisting Rhett McNair in testing his invention--a powerhead for killing sharks if they were aggressive. 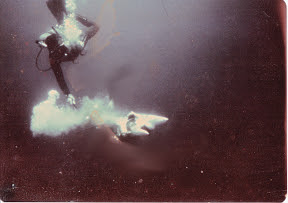 Here Rhett is using his Powerhead to blast a large, potentially quite dangerous Tiger shark in Enewetak Lagoon. He claimed to be a mediocre bull fighter, but it is for certain that he was a very brave hombre! 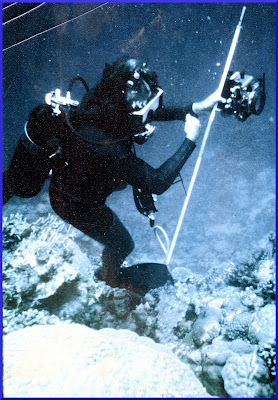 This early test version of the McNair Powerhead had a cool, fiberglass shaft. The Ikelite camera case carried a Canon  35 mm camera that  took a 36-shot film roll and then it was off to Kodak for processing. Today's systems are a lot more efficient than those that we cherished back then.