Enewetak Atoll, situated in the Ralik Chain of the Marshall Islands, consists of 40 islands with an area of only 2.26 square miles. In the decade spanning 1948 to 1958, the U.S. government conducted 43 nuclear tests. 'Mike' was the first test of a hydrogen bomb which vaporized an entire small island named Elugelab creating an immense crater. 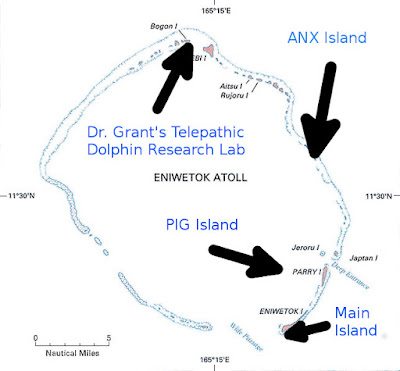 Enwetak (or Eniwetok) Atoll in Micronesia is a center of conflict in each of my novels--so far at least.

The Main Island is where Centron had its operations base which seems to be involved in missile tracking--very hush, hush. 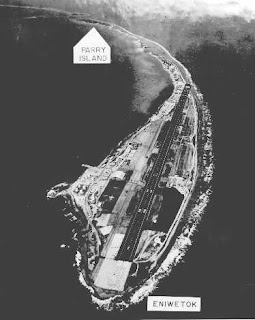 Parry is the next island to the north and becomes the base for the PIG  computer while further to the north lies Rnit which is radioactive due to two nuclear tests conducted there named LaCrosse and Cactus. Since Runit is so radioactively dangerous, Eiger and Cummings believe it is an ideal location for the ANX virus development computer. 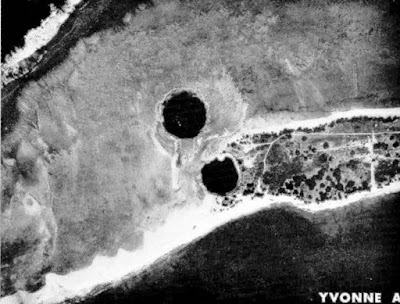 In real-life, I lead a team of techs to survey the craters as part of Professor John Isaacs vision of establishing aquaculture in the craters; it was his vision of putting trust back into the Trust Territory. 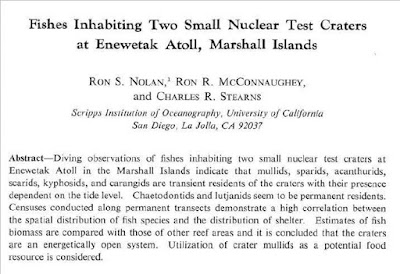 I was shocked to learn later that one of the study craters near where we camped was filled with plutonium debris and capped with a concrete dome--which is now reported to be leaking. Wikipedia tells the story.

Parts of the Marshall Islands are more radioactive than Chernobyl and Fukushima, study finds 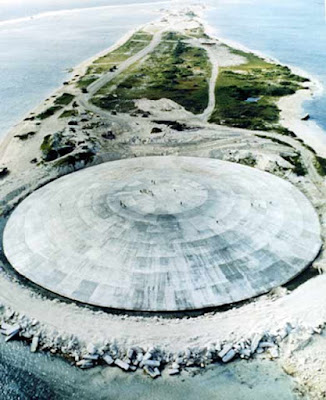